On Friday September 18th, Coldharbour Recordings will be collaborating with Airwalk to organise the second official Coldharbour Night ever in Venlo! It’s official! After Miami, LA, New York, London, Kuala Lumpur, Sydney and Toronto, the Coldharbour Recordings team will settle down in Venlo City. A concept that thousands of fans worldwide steadily look forward to and travel with days on end to experience first hand. We are extremely proud to be able to welcome the second official Coldharbour Night in the Netherlands to the brand-new ‘Poppodium Grenswerk’.

Coldharbour Recordings, the label of Markus Schulz (Pioneer’s ‘Best American DJ 2014’) has been one of the greatest in the Trance-scene for years. Since 2005 the label has been known for absolute hits in the worlds leading dance charts. Since the beginning they have separated themselves from most amongst them by producing the more dark, raw and mysterious sounds of Trance. ‘Pounding stuff’, if we must give it a description. And ‘pounding stuff’ is exactly where the following artists are best at!

Grube & Hovsepian
As the saying goes, two heads are better than one – a maxim keenly demonstrated by the success of Tim Grube & Mike Hovsepian’s studio & spinning union. Grube & Hovsepian came into existence in 2008 when – having heard Markus Schulz dropping his tracks on his Global DJ Broadcast show – Tim made contact with Mike. Now collectively based in Miami, their progressive/trance, and electro-tinged sets have brought discerning EDM fans flocking in ever increasing numbers. With clubs like LA’s Avalon, Space Miami, and District 36 in New York City profoundly smashed, in March 2013 – during MMW – they were chosen to open for the debut of Markus Schulz & Ferry Corsten’s New World Punx act at Mansion, Miami. 2013 was also the year that saw them make their European DJ debut, rocking the main-stage of Prague’s 15,000 capacity O2 Arena during Transmission 2013.

M.I.K.E. Push
M.I.K.E. Push is responsible for some of the most iconic tracks in the history of electronic music, from Universal Nation to Sunrise at Palamos, and from The Legacy to Silver Bath. And fresh from his acclaimed World Citizen album earlier this year, Schulz Music Group is delighted to announce the signing of M.I.K.E. Push. A longtime friend of Coldharbour Recordings and SMG founder Markus Schulz, M.I.K.E. Push has contributed to the latter’s 2013 city compilation project, with Before Dawn starring on Buenos Aires ’13. He is also set to make his mark on the Coldharbour label, with new smash The Motive pencilled in for release through winter and Astrolab for Spring 2014.

Fisherman & Hawkins
Venlo’s finest caused the necessary commotion last year with their Coldharbour hit ‘Apache’. The track was played by just about every Trance DJ worldwide. Both in sold-out stadiums and in local clubs. With hits like ‘Underworld’, ‘Forces’ (with MaRLo), ’The Battle’ (with Nifra) and ‘Skypunch’ these men never cease to amaze. Earlier this year they had performances at A State Of Trance 650 and Nature One and flew around the world to places like Bali, London, Prague, Melbourne, Brisbane and recently Miami.

Nifra
In the past years Nifra has grown from a local talent in Slovakia to one of the most popular people in Markus Schulz’s ‘Coldharbour Club’. Because of tracks like ‘Dark Harbour’, ‘Ransvik’ and ‘Athena’ she has rightfully earned the title ‘Queen of Coldharbour’. She started her DJ career in 2008 as a supporting act in Slovakia for artists like Armin van Buuren and Tiësto. With past performances at A State of Trance and Tours in Europe and Asia, plus a packed schedule full of gigs all over the world, her future is looking very bright. Progressive Trance with balls! As she likes to describe her style.

Wellenrausch
When in 2005 Paul van Dyk used “Carry on” for his album “Politics of Dancing 2”, it definitely marked a first highlight in this early stage of Wellenrausch and finally introduced Wellenrausch to a worldwide Trance community. Founded in the year 2000 by Torsten Fassbender, Wellenrausch productions and remixes for artists such as Blank&Jones, Luna Park and PPK constantly hit the international Trance charts, are present on a number of compilations and can be found on the playlists from almost every top DJ in the world. Beside that, his superb producing skills brought him an offer from high nominated Software Developer “Waves Audio” to write a Production Book for their “Sound.org” Openmix™ Series, which got great reviews from international music magazines and is still representing a highly acclaimed classic in Trance music production.

Aerofoil
Nick van Mansum – nowadays better known to the world as Aerofoil – has left a long thread throughout the history of electronic dance music, releasing many tracks under different aliases. But since the last years Nick has settled himself in the more progressive sound. In 2012, Aerofoil continues on his way up with floor bangers like the remix of Susana & Rex Mundi – All Time Low, a big room remix with Marc Simz of Mike Saint Jules – Flash Bomb. With many more releases soon to come at Coldharbour Recordings and Future Focus Recordings, and many performances coming up, one can assume that this guy is definitely becoming a well known star in the progressive scene! 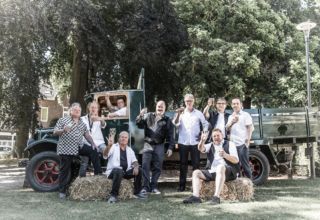 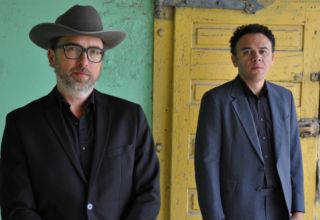